In our initial pilot, we ran a series of preliminary tests using our CloudScape platform shortly after we completed the alpha build back in 2018. While we had a few things to do before we got CloudScape ready for prime time, those formative days were very educational and we learned a lot.

We Are TBA Digital

Our talent is listening carefully to your digital needs before presenting a solution that we think you’ll love. And we’ll probably have fun along the way!

Now that the CloudScape genie is finally out of the bottle, I'd like to take a few minutes to shed some light on some of our initial findings from our 2018 pilot, and then wind the clock forward again to 2020 to make a few predictions as to what we might expect from CloudScape as well as the cloud providers that it runs upon. I'd like to preface all of what is to follow: this is all based on our pilot trials back in 2018, spanning just a few months. Obviously, cloud service offerings have continued to explode and refine themselves during the subsequent two years - the extent of which we'll be documenting in the months to come!

Why is it that just when it seems the least convenient time ever, the usual suspects start to saunter in across the road, six-packs in one hand, rusty old instruments in the other? Shortly thereafter, your next-door neighbor's amateur rock band commences its latest installment of their seemingly ad-hoc practice regimen. What is that noise? Have they gotten worse? Sometimes it's hard to tell.

After just a few short months of the CloudScape trials, we began wondering the same thing about the cloud. What soon became abundantly clear is that compared to in-house hosting, cloud-based hosting just like you on a weeknight with an early morning start the next day, is susceptible to noisy neighbours.

Consider the chart above, which maps raw Sysbench CPU scores on all VM instance types compared to that of an on-premise server like the Dell R230. It's obvious that there is a significant difference in the performance of the exact same instance type over time. So far, what we've learned is that it isn't isolated to AWS, Google Cloud, or Microsoft Azure, and that it appears to be more obvious in instance configurations with larger numbers of CPUs.

Despite the topic of this section, we still can't definitively tell whether this is actually due to noisy neighbours, or whether it's some artifact of VM thread handling in instances with higher CPU numbers. This is something we'll be watching closely, particularly over retail holidays and other seasonal events. Our hypothesis at this stage, though, points towards that six-pack toting music hobbyist next door and their ragtag crew of buddies.

For a topic as multifaceted as cloud-hosting, the search for the best servers might seem doomed to begin with--but hey, when has that ever stopped us from trying? Bigger is better, or so it would seem. But when it comes to your credit card balance, this isn't usually the case. To this end, we developed a normalization formula that allows us to chart price versus performance in a way that lets 'bigger' retain its often disputed title of 'better'.

As you can see, in broad strokes Google Cloud has outperformed AWS and Microsoft Azure from a price-versus-performance perspective, with the latter two converging toward the end. And once again, a lot has changed since then. All three have changed their pricing structures at least a dozen times. On top of that, AWS has released more cost-effective CPU options with new options for AMD powered instances, as well as their new Gravitron CPU lineup using Amazon's customer ARM architecture. Suffice to say things will have changed. Watch this space as we will be back with new data points to compare.

As far as predictions go, I've seen a lot of innovation and increased diversity on the AWS front, particularly with respect to Gravitron, so I expect to see a lot of ground covered here. ARM is a compelling entrant to the price-versus-performance topic. We've recently seen the waves that Apple is making in their latest computer lineup with the new M1 chip based on ARM and I expect things will be no different when we take a closer look at ARM using CloudScape.

Price vs. Performance (Cloud vs. On Prem)

Hopefully, the resources I've touched on here have provided some food for thought. While medical device marketing can present many challenges, the digital world provides a lot of exciting opportunities when it comes to getting your unique message across. If you're looking to delve deeper into the possibilities, TBA Digital has a long history of providing digital solutions for medical device marketing. We're always looking for a new challenge, so feel free to reach out.

Whether you’re starting with a blank slate or studying the finer points of Digital Marketing, we think you’ll find the TBA Blackboard to be an education.

Okay, on to the next bold claim! It's clear cloud IaaS is a surging trend. To argue against this is futile. Most people that needed convincing of the benefits of the cloud were convinced a long time ago--TBA Digital included. The benefits are obvious: scale when you need it, the latest hardware at incremental prices, economies of scale, and world-class infrastructure all rolled into one.

That said, every apple has its orange and if we're going to compare cloud hosting to anything, it might as well be on-premise servers. And I have to say that I was surprised by a lot of our initial results. We made use of a fairly popular on-prem server configuration, the Dell PowerEdge R230. Even at the time of writing, the Dell R230 could be acquired for about $2,500--which anyone who has leased an eight-core cloud server for a year knows, that ain't too bad at all. On top of that, there are many other things to consider from a pricing perspective with in-house servers, including the physical real estate they consume, ISP costs, electricity, networking equipment, etcetera. However, factoring in popular total cost of ownership models (TCO), the humble on-premise server still holds up really well.

As we saw above, when we looked at (listened to?) our noisy neighbour, the Dell R230 came out on top of our Sysbench CPU results, going up against some pretty hefty contenders with as many as 64 CPU cores. This isn't isolated, though, and was also echoed in the C-Ray Raytracing and Sysbench Threads benchmarks. Cloud offerings shined bright in memory access, and File IO (as would be expected when comparing magnetic disk to SSD). In particular, the high-CPU cloud offerings were very impressive in the Sysbench Mutex benchmark.

To make a long story short, though, it's definitely worth mentioning that the on-premise server is not down and out. You'll of course need to pick the right horse for the right course, but if your workload is steady, and rapid scaling isn't one of your hosting goals, then on-premise hosting isn't something you should rule out immediately.

Okay, well there you have it folks--the way things were and how they're going to (maybe) be! Clearly, there's a lot we can learn from CloudScape. We hope to have you back soon so we can share the latest and greatest with you. 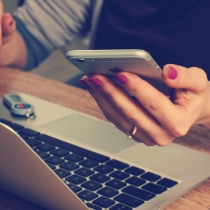 Looking for pointers on Medical Device Marketing? Here it is in a nutshell, from distilling your device's key features to choosing the right medium for delivery. 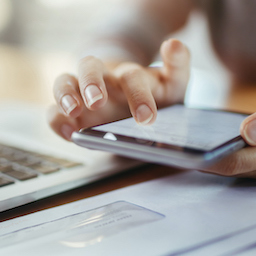 Check out our free tool to help you improve the conversion optimization of your website and improve your brand reputation. Initial tests suggest it could improve engagement with your website by more than 30% with one line of code!

Does Your Agency Do Digital?

We do. It's what we do best because it's what we love. We can help you with your project and make you a star in the process.
Contact Us